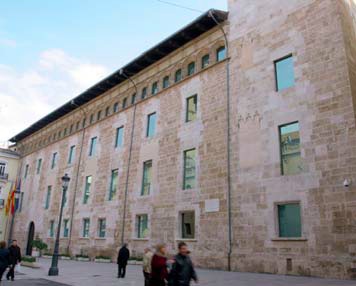 Did you stay up all night? We’re not talking about the elections to the European parliament. We’re referring to the elections for the Corts del País Valencià, the devolved parliament in the Spanish province, which took place on the same day as the recent national elections.

One Valencian newspaper commented that if the left-wing coalition lost control, the entire education system would change. That would have ended the regional plan to send up to 1,000 teachers abroad this summer to study English and CLIL methodology.

The good news, at least from the EFL point of view, is that despite the rise in the vote for right-wing Vox, which insists on Spanish-medium education only, the left alliance retained control, guaranteeing the province’s ‘plurilingual’ education system for the next few years. A constant flow of teachers requiring training now looks likely.

This is good news for UK trainers who may find themselves locked out of the market for Erasmus-funded training courses in the event of a no deal Brexit, though Ireland and Malta will also benefit.

However, language education and the teacher training that goes with it remains a political hot potato in Spain.

Nationally, the ‘bilingual’ movement in the Castilian Spanish-speaking regions, for example, is seen as the project of the centre-right Partido Popular, while the plurilingual movement, which promotes regional languages like Catalan and Valencian, are supported by the left-wing nationalists. The extreme right Vox party demands all education should be Spanish medium only, while left-wing Podemos attacks the bilingual streams in state secondary.

Spanish education, moreover, is a devolved matter, and understanding the market means understanding the complex political argument around language education in each individual province. In Valencia, the left-wing coalition includes Compromis, a Valencian nationalist group which supports plurilingual education in Valencian, Castilian and English or French. If the Socialists and Podemos refused to support this model the coalition would collapse.

By contrast, the current government of Castille and Leon is centre right. It recently announced that 1700 teachers would need additional training to meet the new C1 level of English required in bilingual schools.

Good news? Bear in mind that the socialists narrowly won the national election there and, at the time of going to press, the latest set of regional elections had yet to take place.

The high parental support for CLIL programmes, however, should keep trainers busy for several years.