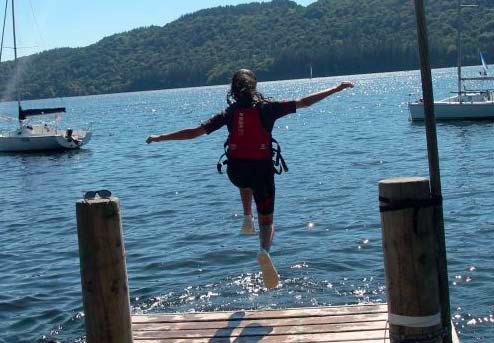 Tapping into teenagers’ passions can be key, says Melanie Butler

One agent’s website shows that English and football is most popular with the Germans, French and Dutch, while watersports fans are from China, Germany and Saudi Arabia.

Sports in English is widely studied at bilingual schools in Hungary and Spain.

For seriously sporty students, the focus is instruction in English by fully qualified sports professionals, rather than an activity programme run by enthusiastic young amateurs.

Multi-sports programmes need to be run by qualified sports teachers or coaches. Mostly these are found in boarding school-run courses like Rossal or Bromsgrove, where the school runs the sport while International House Bristol provides the English teaching.

In the UK, specialist activity centres, such as PGL and Kingswood, which specialise in activity courses for British kids, have also come into the sector.

The trend, however, is towards English with a specific sport. a product which has long been common in Ireland. Specialist junior courses in English and horse riding, for example, are offered across the republic, from Kilkenny to Donegal.

In Malta, the main offering is watersports, available to juniors at BELS and ESE, among others. Surfing and sailing are also common in Ireland. In the UK though, the big name in all things aquatic is Windermere, the only boarding school with a British Youth Sailing Club recognised by the Royal Yachting Association, and accredited separately for canoeing and kayaking.

But there are also some sports coaches who give the public schools a run for their money. Exportise, for example, which is owned by a sports coach, has been running English programmes with a range of professionally taught sports programmes since 1988.

The biggest name in sports though, is Millfield school, which has been represented at every Olympics since 1956. This year students at its Bruton campus can personalise their programme. They choose from a menu of English-focussed programmes like performing art or pronunciation. Then they add on an activity option ranging from riding to rock climbing.

Brits behind as book trade booms?

Academic excellence comes at a cost