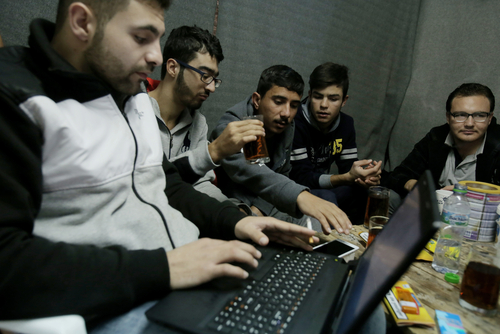 As Covid-19 moves English language teaching online, thousands of Syrian English language students displaced by war and separated by the 10-year-old conflict are catching up with each other through the Zoom-based English classes of the Institute of Language Studies.

Originally based in Aleppo, the Institute moved to Idlib as the Syrian Arab Army of Assad’s regime approached the city, now its students are in the isolated pockets of territory still held by the opposition and the Free Syria Army in Idlib province. Many classes are delivered via Zoom by teachers in exile in Turkey. An estimated 300,000 enrolled students in opposition-held northwestern Syria now study through virtual classes online.

The war has meant that many English students of the Institute have had no contact with each other for over two years. Many who began virtual English classes recently were reunited with classmates who they discovered had married or had children since they last met.