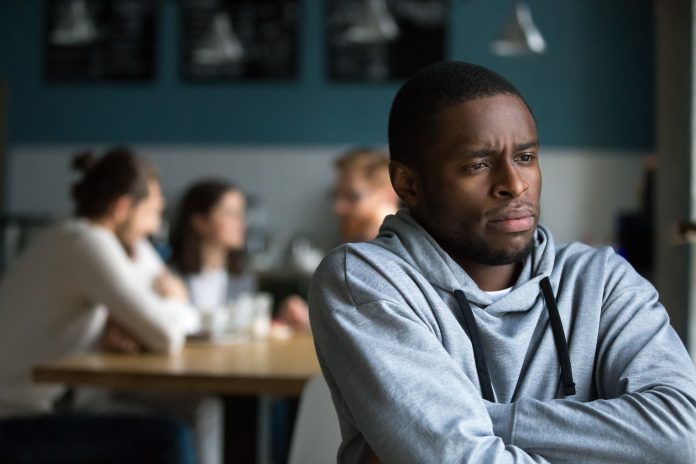 Racism has been rife in British EFL for two decades. There are signs of change but it may be too little too late, say Melanie Butler and Ron Ragsdale

“The mindset of schools is that their clients would prefer the ‘real thing.’ Someone white. It’s only natural,” I was once told.

Meet Noreen Caplen-Spence. You probably haven’t met many people like her: a British EFL teacher and teacher-trainer with nearly 40 years’ classroom experience, a Master’s degree and a black skin.

And maybe you haven’t heard the story she has to tell on page 26, a story of rejection, of denigration in an industry which preaches internationalism, but which practises job discrimination against teachers on the basis of the colour of their skin. “We’re not racist ourselves,” comes the excuse, “it is the market that is racist.”

UK ELT publishing is glaringly white, but this isn’t through racist complicity. Over many decades in the industry, hiring staff across many roles, Ron reports that he never once had a black candidate for any role he was hiring for. Aspiring ELT publishing professionals almost always come from teaching, and there just isn’t a career path for black teachers.

The hypocrisy of the liberal-leaning EFL glitterati is revealed in the line-up of finalists for the 2020 British Council ELTon awards on pages 32-33, which celebrates social justice.

Non-native speakers are no longer persona non-grata. The world is their oyster. Except, of course, if they are brown or black people who come from the former British Empire. If you’re from Nigeria, Sri Lanka or India your work seems to turn up under ‘Local Innovation.’

This is a surprise because the British Council itself is one of the few employers in UK EFL that really cares about diversity: it hires BAME teachers, it monitors the progress of its BAME workforce assiduously. It has diversity targets and diversity officers. It has even published reports on the racism faced by its BAME teachers overseas – these stories are summed up by Noreen Caplen-Spence: “Only white people speak English properly.”

As we report on page 8, the British Council is now tottering on the brink of bankruptcy, and if it collapses, not only will British language schools lose the logo from the world’s biggest EFL brand, but British BAME teachers will lose one of the few British employers willing to give them a job.

Britain is not the only country where racism abounds in the classroom. As we report on page 6, in the US, primarily Spanish-speaking English Language Learners have been particularly disadvantaged by the closure of schools. In America, they call these children Hispanic, in Europe we don’t even see them as an ethnic minority, they are just white people who don’t speak English.

On page 24, British-born Dr Sophia Howlett, the new president of the School for International Education, reveals for us the difference in the thinking about language teaching that exists between countries.

Plurilingualism? In the UK, we are still resisting L1 in the classroom.

There is one small ray of hope and it comes, somewhat surprisingly, from English UK, the association of language schools.

Announcing the establishment of an action group against racism, interim CEO Jodie Gray writes on page 31, “Many of us have witnessed instances of racism that are too often swept under the carpet of ‘cultural differences’.”

The market is racist and UK schools condone it. They are complicit in it.

Gray also puts her finger on one reason that it is so difficult to be black in British EFL. “We tend to rely on images and messages about the UK that promote our tradition and history but ignore our diversity and multi-culturalism.”

We sell an all-white picture-perfect image of our past.

Can the future be better? Noreen Caplen-Spence is not optimistic. “This requires such a shift of organisational culture, mind set and honesty, I think it might take a hundred years. My parents had hope for me. I do not have hope that my children will see that day.”

Is China changing its mind about English?

We don’t need no education