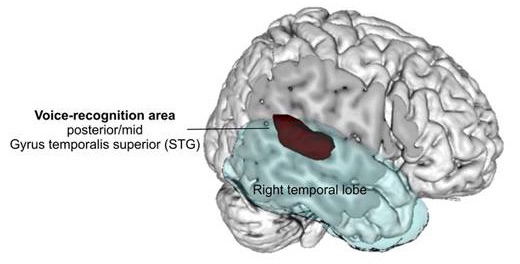 The right brain hemisphere is more important for language learning than we thought, a team of researchers at the University of Delaware and the Massachusetts Institute of Technology report.

It has been generally assumed that the left hemisphere is essential and dominant for normal language production and comprehension since Paul Broca proposed, in the late 1800s, that language expression was controlled by the left-brain hemisphere. Lead researcher Zhengan Qi and the team wanted to test this assumption in a context that few studies have investigated: the relationship between speech perception and language learning.

Language learning first begins with matching speech sounds to parts of language. Infants are well able to distinguish between native and non-native speech sounds, and the more an adult retains this ability, the better able they are to learn a foreign language. Recognising speech sounds not only helps in learning vocabulary, but also the patterns of sounds reflect the rules of grammar and syntax more generally.

The group recruited 24 American-English native speakers into an intensive month of Mandarin Chinese classes. At the end of the course, students were given proficiency exams in writing, listening and speaking. Long-term retention was tested after 90 days.

Both before and after the course, students were also asked to discriminate between speech tones typical of Mandarin Chinese while their brain activity was monitored in an fMRI scanner. Researchers were looking for activity in brain areas pre- and post-learning that were predictive of better language learning outcomes.

As expected, activity in the left hemisphere increased after language learning.

The key discovery, though, was that students whose brains showed greater activity in part of the right hemisphere prior to the course tended to have better final exam scores and better long-term retention.

In other words, patterns of brain activity appeared to shift from the right to the left hemisphere after the course.

Qi and colleagues are interested in using activity levels in the right hemisphere to predict language learning outcomes – not a very practical application in the average classroom. But this study does also make a strong case for the often-neglected practice of basic speech-sound recognition – for example, by distinguishing minimal pairs – as essential for long-term language learning.