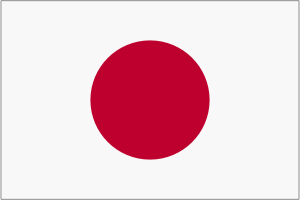 The Coco Juku English language school chain closed 51 of its 72 schools across Japan on 31 March. The chain’s owner, the Nichii Gakkan Company, said it planned to transfer teachers to other schools.

The chain employs 560 staff, including teachers, managers and support personnel, according to the Japan Times. It is unclear how many jobs will be lost.

Nichii Gakkan added that it plans to offer refunds for lessons paid for up-front, including to around 1,450 adults at its various branches, as well as 4,040 “younger” students taught by its Coco Juku Junior one-to-one operation.

Another fifteen schools in the group are “expected” to close soon, according to the holding company. The decision by Nichii Gakkan to close most of its Coco Juku operation came after they “were deemed unlikely to turn a profit within a certain period of time,” according to Japan Times.

The eikaiwa (‘English conversation school’) model, where students buy “points” for lessons up-front, in a system a bit like gym membership, has been in trouble for some time.

Japan’s biggest eikaiwa chain, Geos, went bankrupt in 2010, while the huge Nova chain went under in 2007.

In 2018 the Coco Juku one-toone courses were transferred to Gaba and branded as ‘Gaba manto- man eikaiwa.’

The gathering storm - as governments wind down their Covid-19 emergency support packages, the real damage to international education is likely to be done, writes our editor Melanie Butler https://www.elgazette.com/the-gathering-storm/

Australia’s ELT industry “on the edge of a cliff”