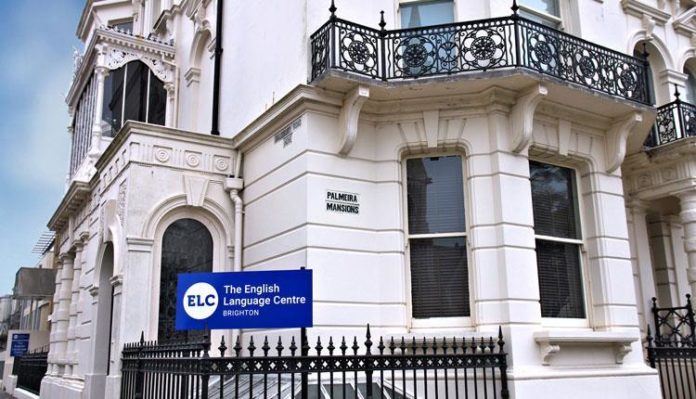 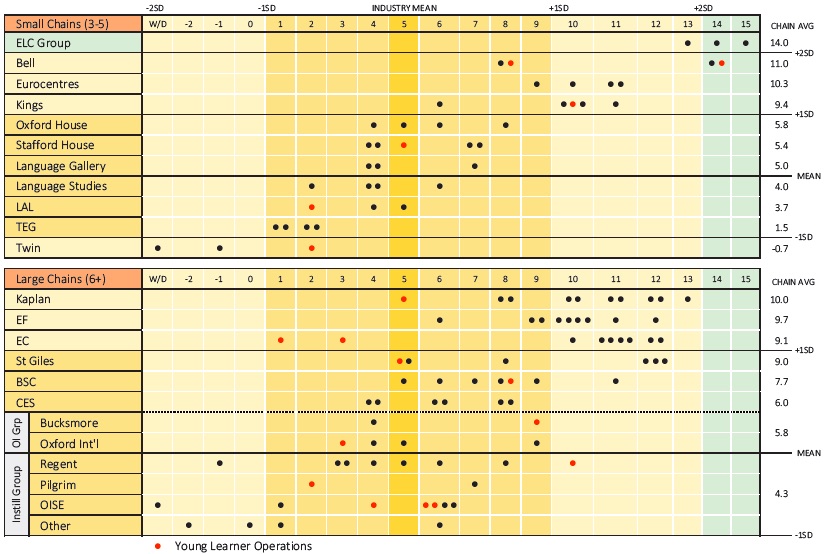 How good are the chains? First, we need to define what we mean by a chain. In the UK, we can distinguish between chains, with schools that are all branded with the same name, and groups, where a number of schools or brands have the same owner.

TEG, which stands for Thompson Education Group, is a small, branded chain at the bargain end of the over-16s market. It is extremely consistent, but perhaps inevitably, given the price, low-scoring.

The larger the group, the harder consistency becomes. EF does well, with nine schools scoring within a six-point range. If we remove its lowest scorer, which is managed by a different EF division, its language school operation becomes astonishingly consistent. But to the consumer, EF is a single brand.

As we report on the opposite page, few players in EFL are equally good with over-16s and young learners, and it’s their junior operations that let down Kaplan and EC.

The UKs largest group, Instill, has three separate brands plus four individually-run schools. With 23 accredited operations, they have some strong schools and a top ten per cent summer school operation. The one thing they don’t have, judged by their British Council reports, is consistency.