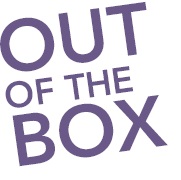 Once British nationals leave EU institutions, Emma Seddon predicts that non-native speakers will start to own EU English as a lingua franca

At the time of writing, Britain’s future with the European Union is still uncertain. There is plenty of speculation out there, which I won’t be adding to. Instead, I would like to think about English and the EU.

English is one of the 24 official languages of the EU, and one of the three working languages of its institutions, alongside French and German. English is the most commonly used working language of the three, at least partly because it is the most-commonly taught foreign language in Europe. English, then, plays a significant role in the workings of the EU institutions and it is likely this won’t change any time soon. The only other viable options are French and German, and a huge investment in language teaching would be required to get EU staff up to the standards necessary.

Instead, it is much more likely that English will continue to be used as a lingua franca, shifting and expanding to accommodate the influence of its speakers’ native languages. A minor example is the word ‘training’, used as a countable noun: “I’ve had three trainings this week,” as opposed to, “I’ve had three training sessions this week”. When I interviewed translators working at the European Commission, they told me that they hear native English-speaking colleagues “slipping” and using EU-English terms and phrasings. EU English then is becoming increasingly legitimate within the institutions.

For the time being, these linguistic differences are largely kept out of ‘public facing’ documents and websites, due to the work of native English-speaking editors and translators. However, assuming some form of Brexit goes ahead, there will be a significantly reduced pool of native English speakers to recruit from – you need to have an EU passport to work for the institutions. As current staff retire or move on, the slack will have to be taken up by non-native English speakers.

Over time, EU English will become increasingly accepted, as the authority of native English speakers becomes less relevant and other language communities take more ownership over the language. We’re not there yet, but perhaps in years to come, EU English may be on the syllabus of language schools in Europe.

Based on an article published in The Conversation, found at: https://theconversation.com/the-english-language-is-evolving-heres-how-it-will-change-after-brexit-117614

The Threat of Becoming Obsolete

Inclusion is good for everyone