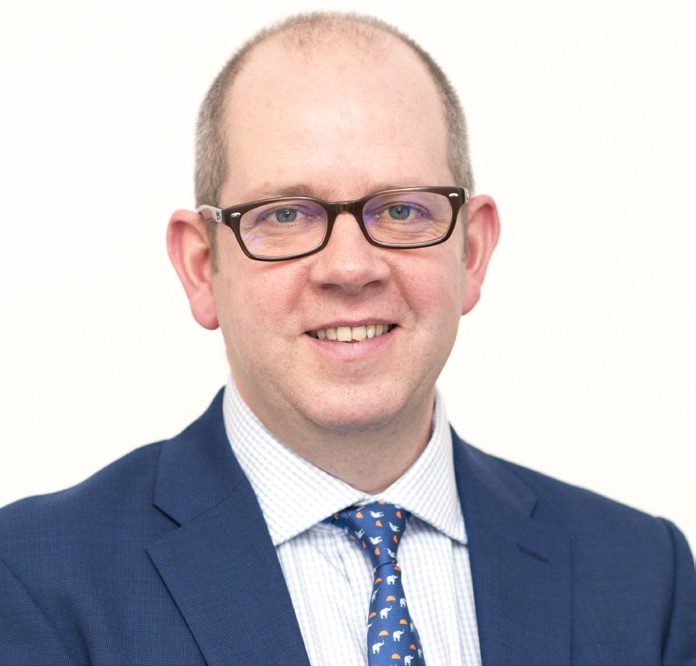 Colin Bell has a long history with English-Language teaching. “I did a CELTA in 1997 in London, so it’s my first profession.’’ The head of the Council of British International Schools (COBIS) first came across the EL Gazette while training at Saxoncourt, then went on to teach EFL in the Czech Republic and in Tokyo.

Today, Bell heads up an association with more than 500 members worldwide, offering schemes for accreditation, compliance and professional development.

COBIS represents member schools with educational bodies, the corporate sector and the British Government. So, what does any of this have to do with English language teachers?

In 2018, COBIS undertook a large-scale research project looking at teacher supply in British International Schools. It found 94 percent of British international school leaders were finding it ‘somewhat’ or ‘very challenging’ to recruit teachers. The sector will require an additional 230,000 teachers within the next 12 years.

Says Bell, “We recognise that growth of international English medium schools is phenomenal, there is something like one a day popping up … a new school or an existing school becoming reclassified.”

This makes it all the more urgent to find a solution to the recruitment challenges.

I asked Bell about options for an EFL teacher who wanted to make the move to teaching in an English-medium international school. This was not a group that COBIS had spent much time considering, but he was very interested in the possibilities. “If we can draw more people into the profession by drawing teachers from the EFL sector that can help strengthen the professional status.”

Many EFL teachers make the move to international schools to support English language learners. Some do mainstream teaching, but without qualified teacher status allowing them to work in their home country they can still struggle to fine work back home.

The COBIS report found that 71 percent of British teachers returned home to teach in the UK within 10 years, bringing with them experience and skills.

The association saw an opportunity to help people overseas, whether locals or British citizens, to gain teaching qualifications to work in UK. “We are very keen to not be seen as the big bad wolf, only taking teachers one way,” says Bell.

Interested in developing a scalable training approach, rather than a one-off program, the association have established partnerships for initial teacher training (ITT) which pair UK Universities with member schools to deliver an international Postgraduate Certificate in Education (iPGCE).

“We looked for key partners. At the moment, we have five providers – Educational Success Partners, TES Institute, University of Buckingham, University of Sunderland and Manchester MET.”

Member schools get a reduced rate for iPGCE places and there are now 11 ITT training schools worldwide.

How can EFL teachers make use of this resource?

Bell suggested teachers should, “make contact with a local COBIS member school which is involved in the ITT program, build a relationship with that school – send them a CV or letter, use a personal network or volunteer… You don’t need to come back to the UK to gain qualifications.’’

Increasing the role that overseas schools play in training is just one part of the solution.

Bell argues that the UK government also needs to make it easier for teachers with international experience to enter or reenter the UK schools’ system by developing closer collaboration between the UK and the international education system.

COBIS works in collaboration with the UK Department for Education and Department for International Trade in supporting the UK education sector to access global opportunities.

The collaboration resulted in a recent report, International Education Strategy Global Potential, Global Growth, released in March. It outlines a strategy to increase education exports to £35 billion by 2030, as well as grow to 600,000 the number of international higher education students studying in the UK.

British international schools play a key role in this by providing a route for students to gain qualifications, such as GCSEs and A-levels, that lead directly to UK universities.

So, how does Bell think the government can promote teaching as an international profession while also helping teacher retention at home?

He sees one solution as “signposting, the opportunity to teach overseas right when people join teacher training.” He feels the knowledge that they could spend a few years teaching overseas could end up drawing more people in. Currently, 71 percent of those signing up for teacher training are not even told it is an option.

Bell also highlights the value of training host nationals as UK-qualified teachers. “We see the value in training host country nationals. It’s all drops on the stone. We do recognise that it’s not going to play out

politically for the government to be seen to encourage overseas nationals [to come to the UK to teach] in the short term, but perhaps for the long term.”

Then there is also elephant in the room – Brexit.

Not only might it be politically difficult for foreign nationals to come to Britain to teach, Brexit may also make it more difficult for European international schools to recruit British teachers.

This Brexit uncertainty is already having an impact. “Despite assurances that qualifications will continue to be recognised, there are concerns from our members in Europe on the attractiveness of bringing UK teachers out to Europe, and vice versa.”

For Bell, though, the real reason to increase the opportunities for greater numbers of people to teach in English-medium international schools is not just about the money they generate.

“Equally important is the soft power and influence that language promotion through English medium schools can provide. It has never been more important that we promote the UK as an open place, we want to promote the best of Britain.

The PGCE, Postgraduate Certificate of Education is a one-year post-graduate teacher training course. Those who complete the course, along with a training year, can gain qualified teacher status (QTS), which allows them to work in English state schools.

The PGCE was originally delivered in universities, and included some teaching practice in schools and this is still the model in Scotland.

In England, it is increasingly being delivered in specialist training schools, with teachers working as they train.

The iPGCE is a PGCE for teachers working in international schools. It is delivered by UK universities through distance learning. Those taking the iPGCE need to have access to a school where they can conduct some teaching activities.

The iPGCE does not give teachers QTS status, but they can gain this through an assessment-only top-up. While not all international schools accept the iPGCE as a qualification, many will hire teachers with an iPGCE or on the basis that they work towards QTS, for example, through a top-up course.

TESOL calls for US$1 billion funding while US struggles to teach...