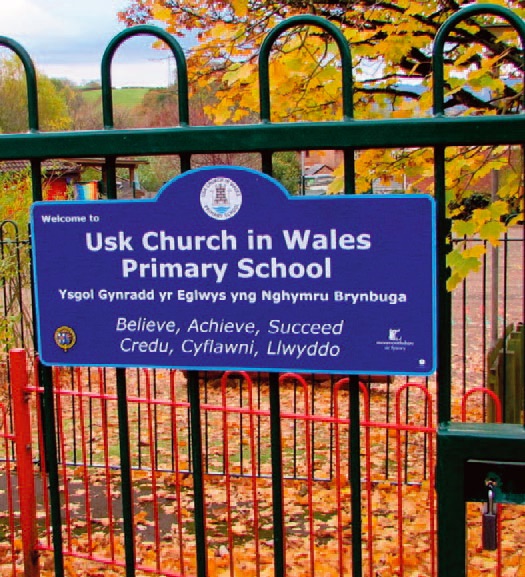 Gillian Ragsdale dives into a review of effective language learning

A team of researchers at Swansea University in Wales have recently published a systematic review of approaches and methods for developing second language competence in students aged 3 to 16.

The report was undertaken to inform curriculum reform in Wales, with the aim of increasing the proportion of school leavers competent in Welsh from 19 percent in the 2011 census to an ambitious 70 percent by 2050. Competence is generally hard to define but is taken here as improvements in the key areas of vocabulary, grammar, reading, writing, speaking and listening.

The Welsh team conducted an extensive literature search, focusing on peer-reviewed research articles published after 2000. The resulting 6000 sources were whittled down to just 106 sources for the final review, by including only those relevant to young learners, the classroom, teaching a non-dominant language and whose methodology was robust.

This relatively small final number of articles is very typical of systematic reviews, whose authority and credibility depend on the relevance and quality of the articles included.

But what can a report aimed at improving the teaching of Welsh tell us about teaching an international language like English? See for yourself. Some of the key findings of the report are highlighted on these pages, and we have also commissioned industry specialists to look in more details at the findings in two areas highlighted in the report: CLIL and Learning Technology (see pages 20 and 21).

There is evidence that teaching skill-specific strategies improves competence. For example, writing can be improved by using teaching strategies such as planning (especially mind-mapping and brainstorming for younger learners), morphological awareness (to improve spelling) and cognitive strategies (such as self-regulated strategy development).

Successful reading strategies include inferring the meaning of words form their context, skimming for the main ideas and scanning for specific details. Several strategies are commonly taught together.

However, training in bottom-up processing can also be important for both reading and listening. Several studies cited in the report supported the use of phonics in second language learning. For example, 12 and 13- year-old Japanese-speaking learners of English who were taught phonics for six months, significantly outperformed a control group in reading aloud and listening tests.

Although there was some evidence for increased language competence following CLIL instruction, the evidence was generally not clear, and was often mixed. It was difficult to distinguish between the advantage of teaching a specific subject using CLIL and the inevitable advantage of the extra language exposure in a more general sense, e.g. in terms of general and grammatical competency or increased vocabulary.

CLIL programmes differ substantially with regard to how many hours and which subjects of the curriculum are allocated, which makes comparison of studies difficult. The CLIL approach is best supported when adopted more generally across the school, without being confined to specific subject hours or the classroom. Maximising L2 exposure by any means should be a priority.

The research suggested that it is better if CLIL is introduced no earlier than age 12, as the cognitive demands may be too great for younger children.

Use of imagery, such as presenting new words as images, to aid vocabulary learning, was found to be useful, but the use of gestures and movements rather less so.

The time-honoured tradition of using songs to learn language received very lukewarm support in terms of improving language competency, but its real benefit is probably in motivating learners and promoting social engagement in the classroom – aspects outside the focus of this review.

Technology can support language learning, the researchers found, but this depends on being clear about how it is to be used to meet specific learning objectives. For example, in a study of 8 and 9-year-old Chinese-speaking learners of English, children showed improvements in speaking and listening skills after interacting with a robot teaching assistant (Wu et al, 2015 as cited in Fitzpatrick et al, 2018). Using automatic speech recognition was also shown to provide effective feedback on pronunciation (Neri et al, 2008, as cited in Fitzpatrick et al, 2018).

Students tend to find using CALL (Computer-Assisted Language Learning) enjoyable and motivating, but the successful use of technology depends on supporting both pupils and teachers with the necessary technological skills. Some pupils are very technologically competent (more than their teachers) while other pupils may need additional IT training in order to get the full benefit of using technology in the classroom.

One example of a useful application of CALL cited in the review is the replacement of conventional drills with game-based pronunciation practice. Not only did pronunciation improve, but students were also more motivated and the game led to useful interactions between peers.

Use of mobile devices can also increase motivation and participation. For example, students were found to be more likely to complete homework given this option.

However, classroom management can be challenging when using technology, and this is a situation which many teachers are not well-prepared for. For example, students can become easily distracted from the set task when using devices (although some studies reported better focus when using CALL). The increasing use of technology in the classroom has ongoing implications for both schools and teacher training, which are not yet being met.

The report is necessarily organised around studies of various methods, but it nevertheless concludes that the teacher’s language competence and ability to motivate learners is more important than choice of teaching methodology. Furthermore, teacher training should enable teachers to choose from a range of approaches, methods and strategies in order to adapt their teaching to the specific classroom context – rather than assuming certain methods are superior.

An example of support for teacher language competency comes from a study of 9 and 10-year-old (years 5-6 in the UK) English-speaking learners of French who made no progress from years 5 to 6 when taught by a teacher with GCSE-level French or below. However, when taught by a teacher with degree-level French, year 5 pupils surpassed year 7 pupils (Graham et al, 2017 as cited in Fitzpatrick et al, 2018).

Motivation is a must

Although this was not one of the areas of focus for this review, the authors note that motivation was frequently highlighted in the studies as being necessary to optimise learning. Motivation is vey context-dependent: students respond to having a clear idea of why they are learning a second language. For young learners especially, family support and encouragement also make a difference. For Welsh teachers, this involves tapping into Welsh identity and community – perhaps ESOL teachers can use a similar approach via the international English speaking community.

Integrating IT is key

Why CLIL doesn’t fit with the Welsh report on second language...