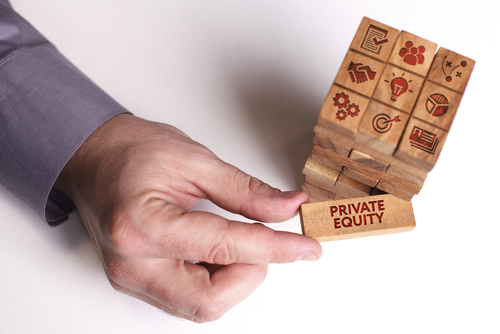 Branded language schools are closing across the English-speaking world. Melanie Butler examines why.

What do Stafford House, Global Village and inlingua have in common?

They are all groups of branded language schools and they have all seen some operations in North America fold. UK-based Stafford House has closed all 4 of its language schools in the US, Global Village schools have closed down Hawaii and Vancouver, and inlingua school closed in the same Canadian city.

As we report here, it’s not limited to North America. Two schools have closed in New Zealand, both branches of local school groups: New Horizon school has closed in Napier (part of ICL), and CCEL has closed its Auckland campus. In Europe, and as we have previously reported, mini-chain English Studio has closed both its schools, one in Dublin and the other in London.

Are school chains more at risk than stand-alone schools in the time of Covid-19?  Possibly.

Remember, lots of business chains have gone bust during the pandemic: Hertz car rentals, chains of shops including J Crew in the US and the UK’s Cath Kidston, plus any number of chain restaurants. What they all have in common is that they had been loaded with debt by private equity owners.

As one report on private equity points out, very high levels of debt mean that “The company can only be financially viable in a booming market or where revenue streams continue to rise.”

When lockdown hits and the cash stops flowing, they’re toast.

In educational travel, we have seen one example of super-high debt involving language schools: when Study Groups was sold by its private equity owners for £500 million, the price actually paid was minus £400 million of debt.

One of the chains to close US schools, Stafford House, was previously owned by private equity but was bought along with CATs boarding schools, by a publicly quoted Chinese Education provider. Debt is unlikely to have been the problem. However, the new owners specialise in day schools and boarding schools and I’d guess saving under-performing language schools is not top of their agenda.

Any chain, whatever its ownership, can be badly hit by the pandemic lockdown.

Take EF, which is owned not by private equity but by a man said to be worth US$5billion. According to the FT, it is laying off many of its UK staff while Bloomberg reports it has delayed the sale of its China business to private equity because the pandemic has threatened the US$2billion sale price.

Meanwhile, the temporary closure of its worldwide chain of schools and exam centres worldwide, which between them generate the vast majority of its income, has left the British Council haemorrhaging £40 million a month. We can be absolutely sure it isn’t owned by private equity – it’s a not-for-profit charity which generates most of its income from its profit-making language schools and exams and ploughs it into promoting British culture on behalf of the UK government.

Both EF and the Council are international chains with a worldwide presence. There are a handful of  other groups with a global consumer brand: International House, Berlitz and Wall Street … the last one owned by private equity.

Worldwide, there are also very successful brands operating in a single country. Students in China are likely to be familiar with New Oriental, which is listed on the New York Stock Exchange. In Brazil, they all know the Cultura Inglese and CCAA, while in Italy the British Schools are so well known they are universally referred to as “the British”.

But few consumers are familiar with the language school brands you find in language travel. Have students in Barcelona, Beijing or Bahrain heard of Stafford House, Global Village or inlingua?

The answer is probably yes in the case of inlingua, a Swiss-based cooperatively-owned franchise which has member schools in Spain, China, Bahrain and another 32 countries. But as for the Global Village, another member-owned franchise, or the Stafford house chain founded nearly 70 years ago?

Most students go through agents, around 80 per cent according to market research experts Bonard. Many agents don’t even name the language schools they advertise, a practice known as “white labelling”.

And it is not just language schools that are white labelled. I recently received an e-mail from a mother in Spain saying that her daughter had been offered a place at a British University through a Spanish agency and she wanted to check out the agent’s credentials with me. I didn’t know of the agent, I replied, but I could certainly check out the university if she would send me the name.

“I don’t know the name of the University,“ came the reply. “Do you think I should ask?”

So much for brand awareness.

First Person: In at the deep end