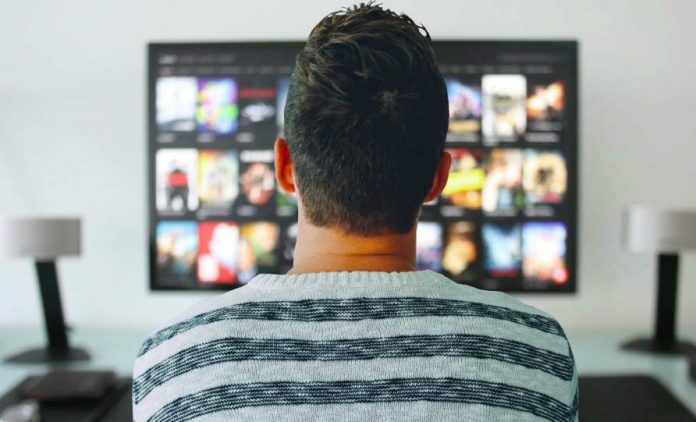 Countries which use subtitles score higher on tests, according to European researchers

Watching English-language films and TV with subtitles rather than being dubbed may increase TOEFL scores by as much as 17 percent, according to a team of researchers from across Europe.

Although English is the most popular choice of second language around the world, English proficiency by country varies a great deal. Even within the EU, neighboring countries show significant differences in average TOEFL scores. Portugal’s average score of 94, for example, is well ahead of neighboring Spain’s average score of 89.

Some of the major reasons for these differences are well-known, such as government investment in language education and how closely related the first language is to English. Recently, a team of researchers led by Augusto Rupérez Micola, from the Luxembourg School of Finance, wondered if watching English TV and films in their original language, with subtitles rather than dubbing into the local language, could be another factor influencing average TOEFL scores.

Whether or not watching English language films or TV can improve English proficiency has been debated for some time. When questioned, only 12 per cent of Europeans thought this could be a useful way to learn English. On the one hand, it is a relatively cheap, abundant and easily accessed source material for both language learners and teachers. But on the other hand – it is very passive, running counter to an increasing move toward more active learning.

The history of cinema, it turns out, provides a natural quasi-experiment to test this idea. When sound was first introduced back in the 1930s-40s, Hollywood started dubbing films into European languages for export. But dubbing increases the cost of imported films and is only cost-effective if box office sales are expected to reach a certain level. For countries with ‘small languages’ (i.e. relatively few speakers of a language not shared with a larger country), studios soon switched to using subtitles in order to reduce the cost of imported films.

Once these processes were established in each country they remained unchanged for both film and TV to this day, and the languages in this study generally fell firmly into either the ‘dubbed’ or ‘subtitled’ category. Outside Europe, Arabic-speaking North African countries generally used dubbing, while the Koreas were an unusual exception, as dubbing is mandatory in North Korea while subtitling is routine in South Korea.

Comparing TOEFL scores for 2008-2015 from 135 countries around the world (67 of which used dubbing and 68 using subtitles) the team, which included academics working in Spain, Italy and the UK, found that countries where English films were subtitled had TOEFL scores on average 17 per cent higher than those of countries where films were dubbed. Breaking those scores down further revealed that all four skills (listening, reading, writing and speaking) were improved in dubbing countries but, unsurprisingly, listening skills were especially improved (up 25 per cent), with speaking skills least so (up 12 per cent).

For example, Portuguese is a ‘small language’ compared to Spanish, and Portugal uses subtitles rather than dubbing. This may partly explain the difference in average national TOEFL scores. Similarly, the subtitling Netherlands has higher

scores than dubbing Austria, despite being of similar size and investing similar amounts in education: Austria is able to access dubbed film and TV made for its larger neighbour – Germany.

The additional factor of using subtitles instead of dubbing was calculated as equivalent to a 2.4 per cent increase in monetary investment in education, making these findings of interest to cash-strapped educational policy makers looking to raise English language proficiency across the whole population.

Don’t judge a learner by their label: US teacher expectations of ELLs