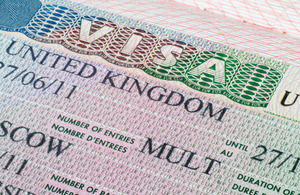 One of the first acts of the UK Government, elected in December, was to appoint providers for the Secure English Language Tests (SELT) needed for UK Visa applications by migrants and international students.

The previous SELT regime, dating from 2015, had only two providers – Ielts and Trinity College London. Following a tendering process, UK Visas & Immigration has announced new “commercial agreements”, under which Ielts and Trinity will be joined by new providers Pearson, PeopleCert and PSI Services, an “assessment and talent management” company based in Glendale, California. These agreements will last at least three years.

Among the new providers is Athens-based PeopleCert, who administer the LanguageCert International ESOL SELT in partnership with Prometric. PeopleCert expect to roll out their ESOL SELT globally from April.

The Pearson SELT is the digital Pearson Test of English (PTE) in its PTE Academic and PTE Home variants, on offer at over 250 test centres globally.

Alistair Fryer-Bovill, senior director, international marketing at PSI Services, told the Gazette the company will reveal more details of its SELT – available outside the UK only – in early 2020. Their new exams are rumoured to have been produced by the Scottish Qualifications Authority.

Trinity College London’s tests – Trinity GESE and Trinity ISE – can currently only be taken at ten test centres within the UK, although the exam board expect to open more centres soon.

Also “reappointed” is Ielts, whose Ielts for UKVI and Ielts Life Skills are currently available at 110 test centres worldwide.

Get dramatic in the (virtual) classroom - teaching English through drama in a time of online learning https://www.elgazette.com/get-dramatic-in-the-virtual-classroom/

Leading in Linguistics and Language