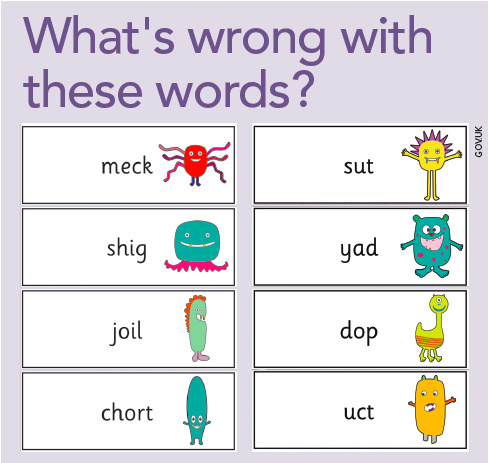 Anglophone countries have been struggling for years with the best way to approach phonics, argues Misty Adoniou

Anglophone countries have been struggling for years with declining achievement in reading and writing as students move through primary school and into high school.

In 2019 more than 25 per cent of Year 6 students in England failed to reached the minimum requirements in the annual national reading and writing assessments. This means around 1 in 4 students in England are leaving primary school ill-equipped to cope with the literacy demands of high school. Similar statistics are reported in Australia and the United States.

The US has decided the problem is that students do not have the skills to comprehend complex texts. So, they have developed a more challenging curriculum (the Common Core Standards) to raise expectations of what students should be able to read and write.

England has decided the problem is that students do not have the skills to decode basic texts. So, in 2011 they instituted a mandatory Phonics Screening Check for Year 1 students. Students are prepared for the test through government-approved commercial, synthetic phonics programs. Those who fail the test receive more phonics instruction and re-take the test in Year 2. The rationale is, if we can get the basics right, the rest will follow. Eight years on, it is clear the rationale is flawed.

But why hasn’t this phonics ‘first, fast and furious’ approach worked? And are there lessons for those who teach English language learners?

The first flaw in the English phonics solution to declining literacy achievement is that English is not a phonetic language. Whilst learning English letters and their common corresponding sounds is necessary, it isn’t sufficient to read and write in English.

The second flaw in the English solution is that it promotes ‘synthetic’ instructional practices for phonics. This means students learn individual sounds for each letter which they then ‘synthesise’ together. In this approach, word meaning is considered irrelevant – even a hinderance – to initial instruction as it may distract students from attending to the individual letters in words. To mitigate the possibility that the students are using meaning, context or prior exposure to the word, synthetic phonics instruction involves teaching the children to read ‘nonsense’ words, like ‘flug’ or ‘pob’.

The underlying assumption is that words are simply strings of sounds to be ‘synthesised’ from left to right, rather than representations of meaning.

An approach to reading and writing instruction that eschews meaning seems particularly perverse for any learner, but for English language learners (ELLs) a synthetic phonics approach is particularly harmful. When learning a new language, all words are potentially nonsense words. English language learners need a focus on word meanings, and to be taught new – real – vocabulary. It is hard to imagine a more useless practice for ELLs than deliberately teaching them to read nonsense.

A third flaw in the English phonics first approach is that it is exclusionary, and possibly racist. Nativespeaker accents are privileged. Some allowances are made for regional native English accents. ’Bath’ can be pronounced with a long ‘a’ or a short ‘a’. But non-native regional variances are given a fail. A French accented ‘f’ instead of a ‘th’? Fail. A Greek ‘s’ instead of a ‘sh’? Fail. A fail even if that child is able to read a book with comprehension in English or French or Greek. The student’s first language competencies, their English language comprehension all count for nothing – what counts is the pronunciation of anglocentric sounds.

Of course, the ultimate flaw in the English plan to improve reading and writing skills is that it isn’t working. The students are not getting better at reading and writing. The phonics ‘jab’ they receive in the first two years of school simply hasn’t been able to ward off the dreaded middle years decline in literacy achievement. They are failing their Year 6 reading tests – despite knowing their sounds. The US may have made the right call on this problem – the middle years literacy decline is not because basic decoding skills are lacking, it is because complex comprehension skills are missing.

Uncovering the Treasures of East Anglia