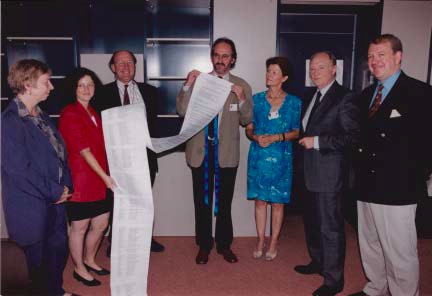 The saga of the lettori – foreign language lecturers, unlawfully paid less and engaged on worse contracts than their Italian counterparts – shows no sign a resolution as the UK prepares to exit the European Union. Some 30-40 per cent of a total of around 250 lettori are UK nationals.

The implementation of a new law designed to compel Italy’s universities to factor in the costs of properly paying lettori has been delayed. A British Member of the European Parliament (MEP) has recently called for a European Commissioner to “act urgently” to end discrimination against lettori.

The lettori’s case dates all the way back to 1980. EU-national foreign language lecturers on contracts to Italy’s universities were downgraded to the lower status of technician. Such discrimination is illegal under EU legislation, as reaffirmed in six European Court of Justice (ECJ) rulings against Italy. The European Commission has so far been ineffective, however, in enforcing “proceedings” against Italy over the lettori case.

Shortly after the 2016 UK vote to leave the EU, then- UK Minister for Europe David Lidington, together with the UK’s ambassador to Italy, announced that progress had been made with Italy’s then foreign minister towards resolving the lettori issue, as a token of goodwill as part of post- Brexit Anglo-Italian relations. Italy’s current Five Star Movement/Liga Nord coalition government, though, has shown no apparent interest in the case.

Those lettori who are UK nationals will no longer be able to petition the European Parliament or the European Commission after the UK leaves the EU. Currently the ‘transition period’ – during which ECJ judgements still apply to UK citizens – ends 31 December 2020, although this period might well be extended.

At the repeated insistence of the European Commission, Italy passed a law in November 2017 which requires universities to ensure adequate funding to pay lettori in the future on the same contracts as Italian colleagues, with some state-aided co-funding.

This law will not affect the lettori still fighting their cases, who were employed on contracts dating back beyond 1995, and in some cases to 1980. The vast majority of these have retired and some have since died, with their cases still being fought by surviving spouses or children. An Italian Senate document makes clear that the 2017 law has been put on hold until October this year at the earliest.